This Wednesday was a public holiday in Canada for Remembrance Day, so we had the day off work. The very clever marketing people at Sunshine Village (a ski hill about an hour and a half from Calgary) decided that they should open for the season on this very day....

I made a call out to my ThoughtWorking friends to see who would take up this mid week escape to the mountains, and the four of us embarked on our first ski trip of the year.

Since the first blast of snow in September we've had pretty much no snow in Calgary, yet in the Rockies, an hour up the road it has been a very different story. Tonnes of the stuff. More than I have ever seen for so early in the season. So we were all VERY excited. I've never been a normal visitor on opening day of a ski hill, wasn't sure what to expect but we figured that we weren't going to be the only ones who thought that heading up there yesterday was a good idea. One good run was all going to make it worthwhile we decided.

With our expectations set (thank goodness), we left Calgary at 7.30am ish. As we got further into the mountains it started to snow lightly, and by the time we were 5kms from the turn off to Sunshine they were big fat flakes. And then we hit our first of many line ups of the day. Sunshine has had a very respectable 40 cms in the last 3 days alone. They had to re-sand the road so we all queued up to get up the access road, then crawled on up the access road. One good run and it'll all be worthwhile.... 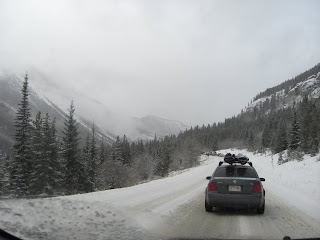 Good job that I had the company I did in the car. Never a dull (or quiet) moment with that lot. As we were nudging up the road a whole herd of mountain goats decided that they wanted to hang out on the road, causing at least some entertainment for us all. About half way along the road, we noticed that people were starting to come back down in the opposite direction, and grinning a lot. Odd. After another 20 mins we reached some parking attendants who told to go back down and park on the road, all the car parks were already full. Honestly have never seen it as busy.

By the time we had kitted up and walked all the way up to road, driven by our need for that one good run, it was 11am. All was forgotten as we headed up the gondola and got some runs in. Such good conditions for so early, gorgeous powder, and a great atmosphere with everyone just ecstatic about being back on the snow. 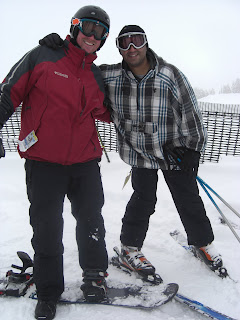 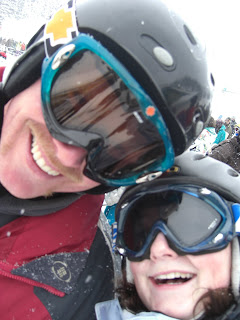 Our two last runs mad the whole day. The most fun I have had skiing in a long time. Not a care in the world. Now who do I h ave to talk to to get every Wednesday off to go skiing?! 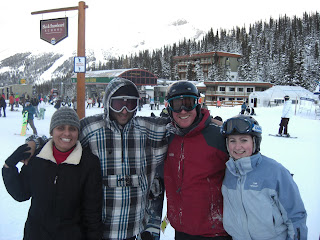